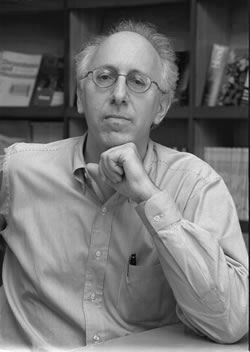 His research spans several domains on which he is a world-wide respected and renowned investigator, such as heterogeneity of Alzheimer's disease, Implicit recall in normal aging and Cognitive Reserve, the latter being probably the topic on which he is more widely known.

After his recent publication of a group of articles on the Journal of Clinical and Experimental Neuropsychology, we contacted Professor Stern, asking him for an interview on Cognitive Reserve, that he so kindly accepted.

Circunvalación del Hipocampo: The association of “Cognitive Reserve” (CR) with the name of Yaakov Stern is currently something both inevitable and automatic. Professor Stern, how long have you already been investigating on that matter for?

Professor Stern: I first became interested in the concept of cognitive reserve in the late 1980's. At that time, people began reporting a higher prevalence of Alzheimer's disease in people with lower education.

When I first heard these reports, I was very skeptical. The diagnosis of dementia depends very highly on mental status or cognitive testing, and people with lower education typically do more poorly on these tests. Therefore, I thought that what these people were reporting was an ascertainment bias, where people with lower education were more likely to be called demented.

However, as I looked at our own data more carefully, I became convinced that there was a real education effect. Eventually, we published the first paper showing that if you follow non-demented elders over time, those with lower educational or occupational attainment are more likely to become demented.

Circunvalación del Hipocampo: Could you explain to our website's visitors and in plain English, what is CR?

Professor Stern: The concept of cognitive reserve was initially invented to explain the discrepancy between the extent of brain damage or pathology, and the clinical implications of that brain damage.

For example, two people can have the same amount of Alzheimer's disease pathology, but one can appear much more demented than the other. The idea behind cognitive reserve is that the brain actively attempts to compensate for pathology. People are able to compensate better, for example, by using more efficient brain networks or alternate networks, may be able to function more normally despite the pathology.

Other people suggest the term “brain reserve” to talk about more “passive” ideas of reserve. For example, people with more neurons might be able to lose more of them before showing clinical deficit.

Professor Stern: Alzheimer's disease is a good model for exploring the idea of cognitive reserve because it is slowly progressive, and the pathology develops in a relatively similar manner across people. Epidemiologic evidence suggests that people with lower educational or occupational attainment, or people with lower IQ's (intelligence quotient) or literacy levels will begin to express the clinical features of Alzheimer's disease at a lower level of pathology than people with higher levels of these proxies for reserve.

Similarly, once someone is already demented, people with the same amount of pathology will look different clinically, depending on how much reserve they have. The person with more reserve might have a milder appearance of dementia than the person with less reserve. How this reserve is actually implemented in the brain is a matter of exploration using functional imaging studies.

La "Circunvalación": Does CR also play a role on the neuropathology of Alzheimer's disease?

Professor Stern: In my conception of cognitive reserve, the pathology of Alzheimer's disease is not affected by reserve at all. In other words, the pathology progresses slowly in all people, whether they have more or less reserve. However, some people have suggested mechanisms where reserve might have a direct influence on pathology.

Another idea is that some of the same genes that influence reserve also influence pathology. What if those with an Apolipoprotein E ε4 APOE-ε4 allele had poor intellectual function during their lifetime and also had a greater risk of developing Alzheimer's disease pathology? In my cognitive reserve models, I have also assumed that the brain itself remains relatively unchanged. That is, people have a certain number of neurons; Alzheimer's disease slowly effects these neurons, and some people can cope with this better than others.

However, we have recently learned that people generate more neurons during their lifetime. Therefore, the brain substrate itself is constantly changing as well.

Professor Stern: I believe that it is a combination of the two. While we are all born with a certain level of innate abilities that certainly have an influence on CR, there are studies that strongly suggest that these innate abilities, perhaps measured by IQ at an early age, are influenced by subsequent experiences that we have and together both factors independently contribute to the level of reserve that can be measured at a later age.

Circunvalación del Hipocampo: What CR-related differences can be observed, if any, on Alzheimer's disease patients, using neuroimaging?

Professor Stern: We have used neuroimaging to study cognitive reserve in two different ways. The first is to use resting regional cerebral blood flow as an index of Alzheimer's disease pathology. In this model, the typical temporoparietal blood flow loss that is seen in PET (Positron Emission Tomography) or SPECT (Single Photon Emission Computed Tomography) scans of Alzheimer's disease is used as a proxy for the underlying disease pathology that we cannot see. In these models, we have shown that if you hold clinical severity of the disease constant, individuals with higher education, higher occupation, or who have engaged in more leisure activities, show less temporoparietal blood flow than those with lower levels on these cognitive reserve proxies. This suggests that the people with higher cognitive reserve can maintain the same level of clinical expression, despite having more advanced pathology.

The other way that we have been using functional imaging studies, both in Alzheimer's disease and in normal aging, is to explore the mechanisms underlying cognitive reserve. In these studies, we give people a task to do and look for differential activation as a function of cognitive reserve. Even in normal young people, we can demonstrate that there are differences in the patterns of task-related activation as a function of IQ. We have seen similar results in Alzheimer's disease and normal aging.

The other thing that we can address with imaging is what types of compensatory mechanisms individuals bring to bear when pathology such as Alzheimer's disease has precluded people from using the normal networks that they would typically use. In preliminary studies, we have shown that patients with Alzheimer's disease do use different networks than normal elders while performing some tasks, although some Alzheimer's patients still can maintain these “healthy” networks. Eventually, I hope that these types of studies will give us some clue into how cognitive reserve is really implemented in the brain. 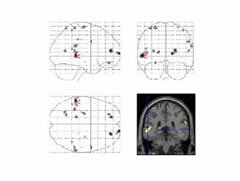 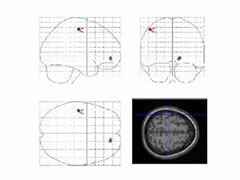 Circunvalación del Hipocampo: Does CR modify the way we use our brains in the course of our lives?

Professor Stern: I would reverse your question and say that how we use our brains during our lives influences the amount of cognitive reserve that we have. I think it is important to think of cognitive reserve not as a stable thing, but as something that is malleable and changes over the course of our life, depending on innate factors and subsequent exposures.

Thus, as I mentioned above, we can show that people with higher IQ mediate tasks differently than those with lower IQ. If we can make similar observations about things such as education or occupational attainment, it would suggest that the experiences that we have influence how we mediate the tasks. The epidemiologic evidence strongly suggests that this is the case.

Professor Stern: Again, I think that all of these factors influence cognitive reserve. Literacy is a very interesting story. Typically, I have used education as a proxy for cognitive reserve since it is summarizes a set of activities during a very crucial part of our development. However, years of education is not the best proxy for this experience, particularly when dealing with multi-cultural studies where quality of education varies widely. Recently we have found that literacy serves as a better proxy than education because it captures what people have accomplished as opposed to the amount of time they spent in school.

I think we are moving towards a more additive approach where a set of different factors contribute to the ultimate reserve that we have and each makes an independent contribution. These include the innate capacities we are born with, socioeconomic factors surrounding childhood, education, lifetime occupation, and subsequent leisure activities in later life. I am not sure which will make the greatest contribution, but I feel that they will all contribute independently to the eventual level of reserve that someone has.

Circunvalación del Hipocampo: Does currently exist –or is it in the pipeline– a score scale to evaluate CR by integrating its more important influent factors?

Professor Stern: That is a great idea. I am glad you suggested it and it is something that I will try and work on for the future.

Circunvalación del Hipocampo: Based on all the current knowledge on CR, what can we professionals advise to healthy people in order to enhance their ability to increase their CR?

Professor Stern: It is important to stick with what we know and be honest about what we don't know.

Years ago, when we published our first paper on education and incidence of Alzheimer's disease, I got a phone call for an interview from a magazine that is targeted towards teenagers. I asked them why they would be interested in a study about Alzheimer's disease and cognitive reserve, and they answered that the theme they would stress would be “stay in school”. I think that they captured the most meaningful part of these data.

What we can be sure of is that over a very long period of time, exposure such as education and leisure activities do contribute to reserve. What we really do not know is whether someone taking an extra college course during retirement will have more reserve than someone who skipped that course for a year. We also are not sure whether some types of activities are better than others.

Therefore, the most realistic advice we can give people is to stay active and engaged because over the long time, that appears to be helpful.

Circunvalación del Hipocampo: Professor Stern, I sincerely think that your answers in this interview will clearly contribute to a better understanding of the concept of "Cognitive Reserve" by our visitors. Thank you very much indeed!