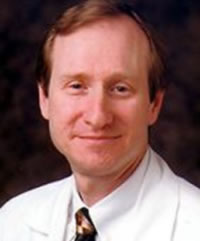 His major contributions to neuroscience research are in the areas of the clinical pharmacology of dementia (treatment of behavioural disturbances and cognition), post-stroke depression, and the pharmacotherapy of late-life affective disorders.

He has published numerous studies on the pharmacotherapy of behavioural disturbances in dementia that involve use of novel agents and which attempt to determine the underlying neurobiology of these disorders. He has also participated in a number of studies on post-stroke depression examining its neuroimaging correlates.

He has published studies, reviews and guidelines on the management of depression and bipolar illness in late-life, and has participated in psychopharmacology projects on drug-interactions and adverse events.

He has just published in the Canadian Medical Association Journal a 3-year study on driving cessation for patients with mild-to-moderate dementia, and has kindly accepted an interview on this topic.

Professor Herrmann: That is an excellent question that is hard to answer! There is good evidence that increasing cognitive impairment is associated with increased risk of motor vehicle collisions. Furthermore, as patients with dementia progress through the stages of the illness (e.g. from questionable, to mild, to moderate) the risk increases as well. Specifically, those patients with "questionable" dementia (Clinical Dementia Rating Scale, CDR = 0.5) have a higher risk than elderly without any evidence of dementia, though interestingly, this risk is estimated to be no more than crash rates for 16-24 year old non-demented individuals.

Once patients are already considered mildly demented (CDR = 1) crash rates are substantially higher. These figures however, still don't answer the question "can patients with dementia actually drive?". Some patients with mild disease may still be able to drive safely and it's possible that certain modifications to driving patterns/behaviours might increase safety. These include driving with a "navigator", driving only during daylight hours, and avoiding highways. These suggested modifications however, have not been tested in clinical trials or even observational studies.

Circunvalación del Hipocampo: What are the most important factors that influence the need to recommend that a patient with dementia should stop driving?

Professor Herrmann: Once a patient has progressed beyond mild disease, or has demonstrated difficulties such as getting lost, having been involved in motor vehicle accidents or receiving moving violations, they should no longer drive.

Clinicians should be aware of local legislation that may require physicians to report evidence of cognitive impairment or driving difficulties to local transportation ministries.

Circunvalación del Hipocampo: What are the most useful assessment tools for this decision to be made?

Professor Herrmann: There is great debate about whether any office-based tools can reliably identify drivers at risk. While there is evidence that cognitive impairment rating scales (like the Mini-Mental State Examination) and disease staging tools (like the CDR) correlate with collision risk, their use for assessing the risk to the individual is still very questionable.

Driving simulators (computer-based, video-type games) might be useful, but are not readily available. Probably the best and most ecologically valid assessment is an actual road-test with a professional driving examiner.

Professor Herrmann: There are no studies of this yet. However, in a small study with donepezil, some measures of flying skills improved in pilots using a flying simulator.

Circunvalación del Hipocampo: To what extent does family/caregivers' opinion affect the decision to recommed a patient to stop driving?

Professor Herrmann: Families can help and hinder the decision. Many families will provide accurate assessments of driving ability and notify clinicians about accidents and driving violations. Unfortunately, some elderly spouses, who depend on the driver to help them get around, may minimize any concerns.

Circunvalación del Hipocampo: How does the decision to stop driving psychologically affect these patients?

Professor Herrmann: This is a big problem, especially for males, who often see driving as part of their identity. For all drivers it's also linked with a sense of independence. It is therefore best if all patients are warned early in the course of their illness, that driving cessation is inevitable, and the sooner they begin to plan for the time they stop driving, the better.

Circunvalación del Hipocampo: Professor Herrmann, thank you very much for having accepted this interview, so contributing with your long researching experience on the topic.