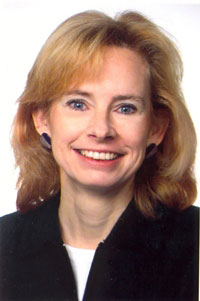 Mary A. M. Rogers (Doctor of Philosophy, Master of Science) is the Research Director of the Patient Safety Enhancement Program at the University of Michigan Health System and Ann Arbor Veteran Affairs Medical Center.

In a study published online recently at the American Journal of Epidemiology website -prior to the printed edition, she and co-author Doctor Kenneth Langa have found a very interesting association between untreated poor vision and the risk of dementia, particularly focusing on Alzheimer Disease.

Circunvalación del Hipocampo: Within the diversity of disorders capable of determining a poor visual perception, is there one that shows a greater association with cognitive impairment?

Professor Rogers: In this study, our hypothesis was that any visual impairment -regardless of the source- could affect cognitive decline. That is, cataracts, refractive problems, retinal disorders, glaucoma and other visual disorders may lead to a common effect. We suspect that a visual impairment may lead to less reading, less time spent performing mentally stimulating activities, less time walking and exercising, and less time socializing -all of which have been found to be associated with a lower risk of dementia.

To investigate differences between the types of visual disorders that relate to cognitive impairment would require additional data that we did not have in this study. We agree that this is an intriguing question.

Circunvalación del Hipocampo: The association found in your study, could it be explained by the mere sensory deficit secondary to the ophthalmologic abnormality, or can a common pathogenic link also be found, that could justify it?

Professor Rogers: There have been several studies showing a connection between beta amyloid plaque formation and both glaucoma and age-related macular degeneration. This would suggest a common pathophysiologic mechanism. However, treatment of the visual problem led to a reduction in the risk of dementia and the patients in our study had no treatment for excess plaque formation. The types of treatment available to the patients in our study were principally for cataracts, retinal problems, and glaucoma. Moreover, there are studies showing that simple passive visual deprivation can lead to structural changes in the brain. Therefore, our study suggests that improvements in vision associated with treatment for problems in the eyeball (extracting a cloudy lens, draining the fluid in glaucoma, etcetera) reduced the risk of dementia.

It is also possible that both events are occurring. That is, there are structural changes in the brain occurring in aging patients affecting both vision and cognition, and there are problems with the ocular structure such that vision is diminished resulting in cognitive decline. In any case, there is evidence from multiple studies to indicate that vision problems tend to occur prior to the decline in cognition. That is, visual disorders are risk factors for dementia.

Circunvalación del Hipocampo: Could that association be made extendable to other primary degenerative dementias, other than Alzheimer disease?

Professor Rogers: This is possible. In our study, we first investigated visual disorders for all types of dementia (combined). We found a significant association between visual disorders, treatment of such disorders and dementia, in general. We then looked at just Alzheimer Disease because of the possibility that the visual problems may be due to stroke or other vascular problems. We found that the associations were significant for Alzheimer Disease. Unfortunately, we did not have enough subjects to investigate other subtypes of dementia individually. We would need a larger sample size to confirm that visual impairment was an independent risk factor for vascular dementia or other subtypes of dementia.

Circunvalación del Hipocampo: Apart from the correction of an existing visual deficit, what other measures could be established for an early diagnosis of an associated cognitive impairment?

Professor Rogers: I must defer to physicians for the most appropriate answer to this question. We only looked at visual problems in our study.

Circunvalación del Hipocampo: Do you think that similar findings could be expected to occur regarding other sensory deficits, such as hearing impairment?

Circunvalación del Hipocampo: Doctor Rogers, thank you very much for accepting this interview. We are sure that it will ease the understanding of this type of association for all of our readers.