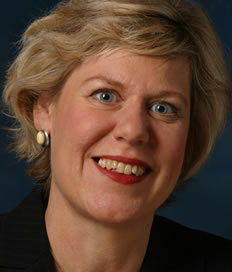 Martha Clare Morris (Science Doctor) is an Associate Professor at the Rush Institute for Healthy Aging and the Department of Internal Medicine at Rush University Medical Center. She is the organizing chairperson of the International Academy of Nutrition and Aging 2006 Symposium on Nutrition and Alzheimer's Disease/Cognitive Decline, Chicago, United States of America.

Doctor Morris is one of the pioneers in research on dietary risk factors for Alzheimer's disease (AD) and cognitive change with aging. She has published findings on the relation of antioxidant nutrients, dietary fats, and the B-vitamins to these conditions.

She is funded by the National Institute on Aging to examine dietary risk factors among 8,700 African American and Caucasian residents of a south side Chicago community. She is also the Epidemiologist for the overall study, called the Chicago Health and Aging Project, which began in 1993 and continues today.

Circunvalación del Hipocampo: Doctor Morris, what is the role of antioxidant nutrients as preventive factors for Alzheimer's disease? Do any data suggest a selective action of these nutrients among different cognitive domains?

At this early point in the research, there is insufficient data to suggest whether neuroprotective action of the antioxidant nutrients is specific to one or more of the cognitive domains.

Circunvalación del Hipocampo: Could we currently recommend vitamins E and C supplements as a preventive or therapeutic measure for AD? What are the potential limitations of such a recommendation?

Doctor Morris: It is premature at this point in the research to recommend vitamin E or vitamin C supplementation as either therapeutic intervention or prevention. Two randomized controlled clinical trials administered 2000 IU (international units) of vitamin E to patients with Alzheimer's disease and to persons with mild cognitive impairment and found no evidence of effect on cognitive decline. None of the several ongoing prevention trials of antioxidant vitamin supplements has been published as yet. However, most epidemiologic studies do not find association between use of vitamin E or vitamin C supplements and the development of Alzheimer's disease. The most consistent evidence of protection rests in food sources of the antioxidant nutrients, and in particular, food sources of vitamin E.

Circunvalación del Hipocampo: Can you explain the differences found in serum fatty acids between AD patients and healthy controls? How does the intake of saturated/polyunsaturated fats affect the risk of developing AD?

Doctor Morris: It is difficult to interpret the findings from any case-control or cross-sectional study because observed relations may be due either to a cause or effect of the disease or both. This issue may be especially relevant to blood cholesterol and fatty acid concentrations, as circulating levels of these biochemical entities may be determined by alterations to the lipid membranes and the functioning of neuronal cells.

Two Finnish studies found that high blood cholesterol measured in middle-aged adults was associated with 2 to 3 times the risk of Alzheimer's disease some 20 years later. Blood cholesterol is affected by the composition of fat in the diet. A high ratio of polyunsaturated to saturated fat in the diet lowers LDL (Low Density Lipoproteins)-cholesterol and increases HDL (High Density Lipoproteins)-cholesterol. Several animal models found impaired cognitive function and increased Alzheimer pathology in the brain tissue of animals fed a high-fat hypercholesterolemic diet compared with control animals. There are few epidemiologic studies on this topic and the evidence for association is mixed. We observed a doubling in the risk of incident Alzheimer's disease among persons with high intake of saturated fat and lower AD risk among persons with high intake of polyunsaturated and of monounsaturated fats.

Circunvalación del Hipocampo: The finding of your last work in Archives of Neurology - the association between high folate intake and a more rapid cognitive decline - can be surprising at first glance. How do you explain these results?

Doctor Morris: Although many studies have examined the relation of folate intake to between person differences in cognitive ability, this was the first study to examine the relation of folate intake to within person decline in cognitive ability. The finding was unexpected and we can only speculate as to the possible reasons. The most plausible explanation is that the increased intake in folic acid through vitamin supplements and fortified food is masking vitamin B12 deficiency in this community population.

This was a primary concern during the debate over the folic acid fortification program that was instituted in the USA in 1998. High intake of folic acid can ameliorate the anemia but not the underlying neurodegenerative complications. There was also the unresolved question as to whether high doses of folate may exacerbate the neurologic syndrome associated with vitamin B12 deficiency.

Circunvalación del Hipocampo: Do actually any data support the therapeutic use of ginkgo biloba on cognitive decline?

Doctor Morris: Ginkgo biloba is a potent antioxidant and has been used throughout history for its therapeutic properties including brain functioning. There are a number of small clinical trials that tested the effects of ginkgo biloba on cognition with equivocal results. Two large clinical trials are currently in progress to test the effects of ginkgo biloba on cognitive decline among persons with mild cognitive impairment and with normal cognition.

Circunvalación del Hipocampo: From the current epidemiologic knowledge of AD and dementia, what dietary recommendations can be done for both patients and healthy people?

Doctor Morris: It is premature to make any dietary recommendations for the prevention or treatment of AD. There are just too few studies to be certain of any of the dietary associations. However, most of the observed dietary associations with AD are well established relations in the prevention of heart disease, stroke, diabetes, and other cardiovascular-related conditions. Thus, encouraging patients and healthy persons alike to consume a diet that includes vegetable oils, nuts, seeds, whole grains, fish and vegetables, and is low in saturated and trans fats, will lower the risk of cardiovascular disease and may also lower ones risk of Alzheimer's disease.

Circunvalación del Hipocampo: Doctor Morris, thank you very much for having accepted this interview, so contributing with your long researching experience on the association between dementia and nutrition.